A graduate of Thomas More College, Jim has over 18 years experience in public accounting and 10 years of experience in private industry. His experience encompasses audits of hotels, cities and real estate management companies. His tax background includes individuals, partnerships, trusts and corporations. Jim has an impressive background in serving his community by participating in numerous civic activities. His resume includes: an officer of the Mental Health Retardation Regional Board, chairman of the LINK (Literacy In Northern Kentucky), treasurer of the Thomas More College Alumni Association, treasurer of Notre Dame Academy Boosters, chairman of the Children's Psychological Hospital, chairman of the St. Pius Board of Total Catholic Education, treasure of North Kentucky Chamber of the Kentucky Society of CPA's and treasurer for State Representative Richard L. Murgatroyd's campaigns. For his efforts Jim was the recipient of the Community Service Award of the Northern Kentucky Area Development District. Jim is also a member of the Kentucky, Ohio and Indiana Societies of CPA's.

"In Loving Memory of" 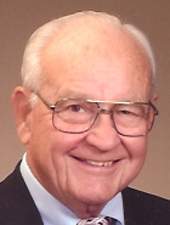 Edward L. Bramel Jr. was so much fun that his great-grandchildren referred to him as "The Cool Grandpa." He was interested in what they were doing and caught up with them on Wednesdays over cheese conies at Skyline Chili.

Upbeat and positive, he always wanted to know about the lives of everyone he knew and always remembered the details, according to his granddaughter Jeannie Berger of Fort Mitchell. But his "family was absolutely his number one priority," Berger said. He "did whatever he could for his kids and grandkids."

He served on the Beechwood Board of Education for 24 years and was a founding member of the Beechwood Education Foundation. He last announced the Tigers' games during the 1992 season.

A native of Paris, KY., he was a 1944 graduate of Holmes High School, where he played center and kicker for the state championship football team in 1942. After graduation he joined the Navy and served as a butcher during World War II. After the service he entered the University of Cincinnati, where he received a degree in accounting.

Mr. Bramel was a member of Trinity Episcopal Church in Covington and Fort Mitchell Country Club. He was active with the Boys & Girls Clubs of Greater Cincinnati.